Son Đoong Cave (in Vietnamese: Hang Sơn Đoòng, meaning Mountain River Cave) is a relatively recently discovered cave in the national park. Found by a local man and explored and publicly announced by the British cave scientists of the British Cave Research Association, it is regarded as the largest cave in the world.The biggest chamber of Sơn Đoòng is over five kilometers in length, 200 meters high and 150 meters wide. With these tremendous dimensions, Sơn Đoòng overtakes Deer Cave of Malaysia to take the title of world’s largest cave. Because the fast flowing underground river in the cave deterred the explorers from going farther, they were only able to estimate the length of the cave using a flashlight.

The cave was found by a man named Hồ-Khanh in 1991. The local jungle men were afraid of the cave for the whistling sound it makes from the underground river. However, not until 2009 was it made known to the public when a group of British scientists from the British Cave Research Association, led by Howard and Deb Limbert, conducted a survey in Phong Nha-Kẻ Bàng from 10–14 April 2009. 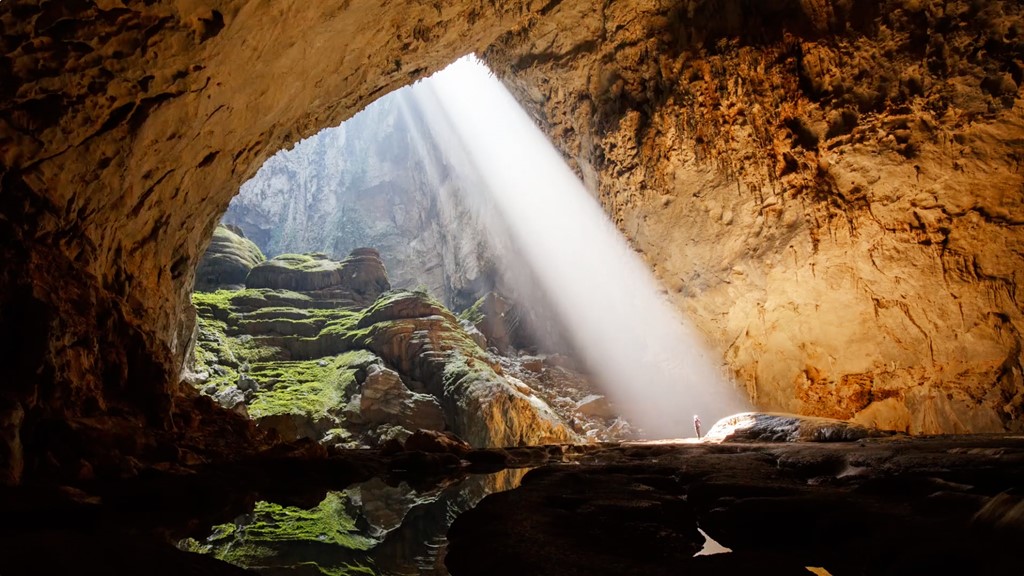 Their progress was stopped by a large calcite wall.
According to the Limberts, this cave is five times larger than the Phong Nha Cave, previously considered the biggest cave in Vietnam. The biggest chamber of Sơn Đoòng is over five kilometers in length, 200 meters high and 150 meters wide. With these dimensions, Sơn Đoòng overtook Deer Cave in Malaysia to take the title of the world’s largest cave