Tiên Sơn cave is located in Phong Nha-Kẻ Bàng National Park. The cave was discovered by a local inhabitant by accident in 1935. It is located in Sơn Trach Commune in Bố Trạch.

The entry mouth of Tiên Sơn is 1 km from Phong Nha cave, at an altitude of 200 m. 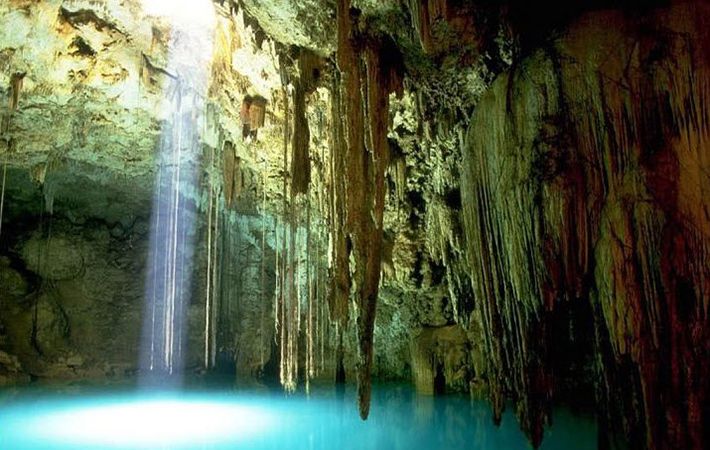 This cave is 980 m in length. A 10 m deep hole is situated 400 m from the entry mouth, then a 500 m long underground cave, dangerous for tourists and open to professional expeditionists only. Like Phong Nha cave, this cave features spectacular stalactites and stalagmites shaped like several fairy-tales. Stalactite and stalagmite columns and walls here create strange sounds like that of gong and drum if they are knocked with the hand.

According to British cave scientists, Tiên Sơn cave was created tens of million years ago when a water current holed this limestone mount in Kẻ Bàng. Following a series of landforms and movement of rocks, this mass was levered or lowered, blocking the current and creating what is now Tiên Sơn cave while the underground river redirected its current to Phong Nha cave. Although Phong Nha and Tiên Sơn caves are located next to each other, there are no linking grottos between them.